Our walk to Sharford Bridge and beyond starts from the road across Hartland Moor half way between Scotland Farm and the track down to Middlebere Farm. There are places here where it is possible to safely park off of the road. The path follows a signed cycle route known as the Hartland Way and you will often encounter cyclists along the path but that is not usually a problem.

Having parked if you came by car you first cross some open acid heath grassland and descend to a gateway into a delightful small piece of acid woodland featuring oak.birch trees and various woodland flowers. Emerging from the wood via another gate there is an expanse of damp meadow to your right; this is Corfe Meadows SSSI which I talk about separately on this website.

Sharford bridge itself is not a grand affair; a wooden bridge with stone walls and a wooden gate each end. It crosses the Corfe river and this another good spot for flora and damselflies in summer.

Heading on there are two large seemingly uninteresting fields to cross but look closely and you will find various weeds of cultivation that one does not see very often in these days of herbicidal treatments in pasture meadows. Once across these field and through another gate the path continues on across heathland towards Remptone forest or as far as you want to go. Not long ago this area was covered in forestry plantation but the conifers have gone now and the heath is being restored.

Once you have gone far enough turn round and head back! 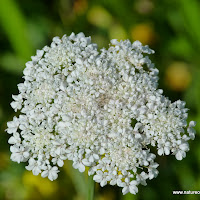 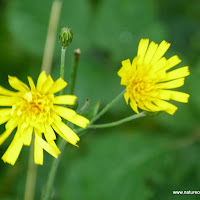