A popular spot to take the children or dog for a run but provides access to the saltmarsh, a place for wintering wildfowl and waders

Poole Borough Council have made a lot of changes to Upton Country Park over the last few years since I made my 'official' recording visit! The first thing you notice is that parking is no longer free; it is now pay and display. That said, the parking charges are pretty reasonable at 50p for an hour and they promise all funds go into the maintenance of the park.

For the nature lover there are more profound changes and sadly, in my opinion, not all for the better. The bird hide has gone but that is because it was irreparably damaged by the weather; the birds are not that close to where the hide was and do not seem bothered by the people who stand out in the open to watch them. The Shoreline Trail and some other paths have been closed and new cycle/footpaths have been put in but the new paths go through boring, open fields that were once used for cattle grazing. This means that access to much of the natural interest on the site has been lost. There are still a couple of places you can stop and look out across the marsh and thankfully the board walk through the reed bed remains.

Access to the lovely beech wood is still open and the pond can still be seen so all is not lost! Upton Country Park is very much a recreational facility rather than a nature reserve which, as far as I am concerned, is a pity as it should have much to offer wildlife and especially to pollinating insects and all that depends on them. 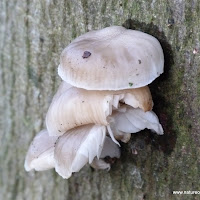 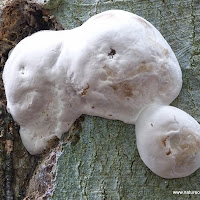 Frothy Porecrust
The number of species recorded per species group: