One of two RSPB reserves in Weymouth renowned for its wintering birds but an ideal place to visit all year round.

Lodmoor: not the poor neighbour -

I think Lodmoor is often overlooked in favour of Radipole Lake and yet it is Radipole's equal in many respects. Just over the sea wall from Weymouth Bay and with extensive reed beds and scrapes this an ideal place to expect the unexpected! All sorts of waders, gulls, ducks, raptors, warblers and other species turn up, especially in winter. In spring there are cetti's warbler, reed warbler, sedge warbler and grasshopper warbler all nesting in the reedbeds and in the autumn hundreds of hirundines swoop around your head as they take on their last meal before crossing the Channel on their way to Africa.

Lodmoor is not just about birds though. Between the road and the reserve boundary it is incredibly 'untidy' with all sorts of weeds and accompanying insects and that is enough for me! The birds are a bonus.  It lacks a hide and has no shop but the perimeter footpaths give good views of the 'action'!

The neighbouring car park (which is NOT RSPB run) is a disgrace and very muddy in winter so take care. Make it a double, visit them both ... 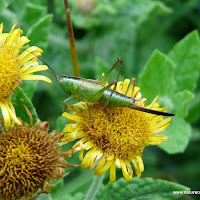 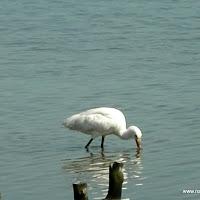 Spoonbill
The number of species recorded per species group: