This combination of woodland segments which also encompasses Fontmell Wood, Balfour Wood and West Wood constitutes one the the largest areas of woodland in Dorset. Despite its rural character and extensive open places Dorset is a bit short of real woodland. Like much of what woodland there is here it is managed by the Forestry Commission and is a mixture of natural broad-leaf woodland and areas of planted conifers. The conifers were planted many years ago when wood was a primary resource of building materials but now the trees are approaching maturity plastics and metals have taken their place and much of the timber is now worthless. With the benefit of hindsight it is such a shame so much natural woodland was lost to conifer plantation for no real purpose but all those years ago when it was done things were so different than today.

Despite the areas of conifers Ashmore Wood still retains a good deal of broad-leaf trees and there are extensive areas of hazel too that were once coppiced. Some areas have been opened up for the benefit of butterflies and other insects and it was here I stumbled upon the first Dorset record of the downland bee-fly.

Overall the woodland has a fair mix of wild flowers and insect species and is well worth exploring, especially in mid summer when the paths are lined with common spotted orchids. As with many Forestry Commission woodlands there is a well made pathway through the middle of the wood and is easily accessible but to either side the are steep slopes which I found difficult and would be beyond the capabilities of anyone who is less fit or less able. Overall, though, Ashmore Wood is well worth a visit.

Ashmore Wood
50.946508961076, -2.1436338070887
Forestry, National Trust
This table indicates how many species of each of five interest levels there are on this site. 100% are highly interesting species whereas 20% are common species that are of no specific interest. Click/tap an intetest level to see the species for that interest level:
Site Notables
Displaying 1 - 3 of 3 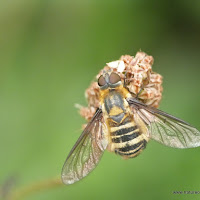 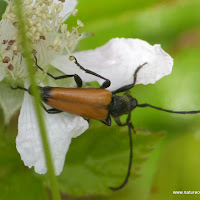 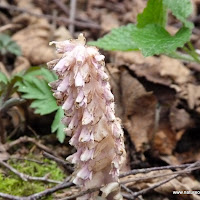 Toothwort
The number of species recorded per species group:
This is the number of species recorded on this site grouped by the Phase 1 habitat classification they are often associated with. It gives an overview of the type of habitats that MAY occur on this site. Click/tap a classification to see greater detail of the composition of habitat types within this class:
Site Diary